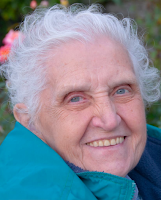 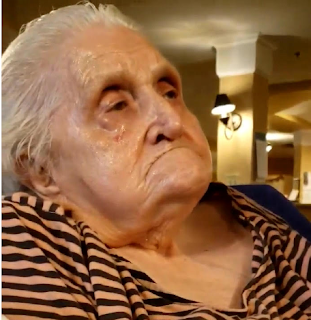 Hershey, “tried to charge me with trespassing, always maligned me, restricted visits,” Mary said, of the things
Hershey has done.
She said Hershey ordered that each visit be supervised and charge from $400-500 for a once a week visit.
Bush remains undaunted.
On November 1, 2018, Judge Platt denied one of Mary’s motions; this, among other things, asked for Hershey to
be removed.
On November 2, 2018, Judge Platt disregarding a higher courts order gave guardianship of the person back to
Michael Bush who did not file a petition, thus ignoring Mary again. The Pennsylvania Superior Courts Order
No. 3207 EDA 2015 dated February 21, 2017 (permanently removed Michael Bush as a Co-guardian or Plenary
Guardian of Genevieve Bush.)
February 21, 2017, higher courts decision states on page 8; "The record supports the trial court’s findings and
conclusion that Michael’s appointment, as either sole or co-guardian of the person, would not fulfill Mrs. Bush’s
best interests. See 20 Pa.C.S.A. § 5521 (duty of guardian of the person to pursue an incapacitated person’s best
interest). Michael’s actions have ignored Mrs. Bush’s best interests." “he has been passive about her medical
care, physical therapy and encouraging her social life.”
On May 7, 2019, she sent Judge Platt what she referred to as a Memorandum of Understanding.
“Let this be our Memorandum of Understanding, with all parties copied on the above-referenced issue;
that according to statements made by Terri Clark the Chester County Register of Wills/Clerks of the Orphan’s
Courts on May 6, 2019, to me Mary Bush, that you have given an Oral Order to the Clerk of the Orphan’s Court,
not to allow me access to any of the Guardianship Reports from 2015 to the present times that contains
substantive issues.
“As you know I have been a party to this matter of my natural mother Genevieve Bush since the onset of this
matter starting in 2009 to the present." Carol J. Hershey (professional for-profit guardian) “tried to charge Mary Bush (daughter) with trespassing, always maligned Mary Bush, restricted Mary Bush's visits,” this is just some, of the things Carol Hershey has done.


Mary Bush said Hershey ordered that each visit be supervised and charge from $400-500 for a once a week visit.


Mary Bush remains undaunted and willing to protect her mother to the best of her ability.

Written By: Michael Volpe has been a freelance investigative journalist since 2009.  In 2013 he gave the keynote address at the Eugene V. Katz Award Sponsored by the Center for Immigration Studies.  Since 2013. Volpe is the author of four books including Bullied to Death: Chris Mackney's Kafkaesque Divorce which exposes the Virginia Court corruption,  his latest, Sandra Grazzini-Rucki and the World's Last Custody Trial

Popular posts from this blog

February 24, 2021
How Trump could have won 2020 There was Voter Fraud.  The Democrats have found a system through the “Deep State” How do we expose it?  On the ground with our local Grand Jury! Our Constitutional framers created 4 arms of Government:  the Executive Branch, the Legislature, the Judiciary, and the 4th Arm of Government for the People “THE GRAND JURY”. Our constitutional Framers thought of the sound Idea to create a structure allowing lay citizens to check government excesses.  The jury system, one of the most obvious and enduring of such structures was included in our governmental framework because of the widespread belief that the community's voice would ensure a more just judicial system.  Requiring community consent before changing or charging a person with a serious crime was considered so important that the grand jury structure was immortalized in the Bill of Rights. The first part of the Fifth Amendment reads as follows: “No person shall be held to answer for a capital, or
Post a Comment
Read more

July 31, 2022
Do you have a Mortgage?  Did you know it may not really exist                         THIS IS A "TRILLION" Dollar "SCAM" on HOMEOWNERS                        & PENSIONS of "Main Street" America Did you know your Mortgage Payments go to "SHELL BANKS" & "FAKE MBS"      that then go to large "BONUS" and "INSIDER TRADING" That all homeowners need to go to their Court house and review every document that has been filed against your home.   It is the Attorney General of your State that has received over $1 BILLION to prevent these Frauds from happening The Virginia Attorney General Jason Miyares may have inherited this problem - But, he was elected on his statements that being from "Cuba" and his "Mothers Story" coming here created a " Smoke and Mirrors"  that he actually cared-  AGAIN we have Lied  too in Virginia  Conduct or assist criminal investigations  and prosecutions in areas
Post a Comment
Read more

May 01, 2018
Should a Judge be allowed to steal a child from a Mother   without knowing the full story and Lawyers gaslighting and or not telling the whole TRUTH of  the issues A Virginia Mom  faces the loss of her parental rights for a son she primarily raised for the first six years of his life. The Set Up Natalia Dalton in the City of Alexandria, Virginia spent the first six years of her sons life as his primary caregiver. She and her ex-boyfriend Julio LaCayo had a son  in 2008. They were never married, and custody was always arranged in some part through court orders the entirety of her son’s life. For the first six years of his life, Natalia had physical custody, her son thrived in school under her care. “There was one court hearing during that time over the sons passport.” Dalton noted. In 2013, that all changed. Indeed, the custody arrangem
3 comments
Read more

April 03, 2018
A feud lasting nearly four decades between a Virginia lawyer and the Virginia State Bar (VSB) is coming to a head Daniel and the VSB Rhetta Daniel has been practicing law in Virginia for almost forty years; from 1982 - 1920 she worked as a Senior Assistant Bar Counsel for the VSB, prosecuting bad lawyers for them. These proceedings could lead to the removal of a lawyer's license to practice law, and as such their ability to continue to practice law. Daniel said she was pushed out as the Senior Assistant Bar Counsel in 1990 after it became clear that her aggressive style was not welcome and that the VSB was more interested in protecting connected attorneys than weeding out unscrupulous ones. The specific case was My Linh Soland, a client who had two powerful lawyers. "What they did was protect her defense counsel,"  Daniel said. She explained that a letter that may have doctored the attorney's letterhead was in the possession of her
5 comments
Read more

Chief Judge Lisa B. Kemler of the City of Alexandria Jails MOTHER FOR TALKING TO HER YOUNG SON'S DOCTORS AND REPORTING FATHER'S PHYSICAL ABUSE OF HER SON

June 16, 2018
ALEXANDRIA, VIRGINIA (June 16, 2018) -- A young mother was jailed on Friday morning for reporting physical abuse of her son by his father to the proper government authorities and for communicating with her 10-year-old son's therapist and psychiatrist.   Hard to believe?  The court reporter transcripts reveal it all in Cases CJ 14001064 and 14001065 in Alexandria Circuit Court. These facts are beyond question.  Judge Lisa Kemler announced her reasons for sentencing Natalia Dalton to jail in open court June 15, before a court reporter. Natalia Dalton's attorney is Jonathon Moseley of Woodbridge (703) 656-1230.   Natalia Dalton's son has told many adults, without prompting, that his father Julio Lacayo has physically abused him (that is in violence).   Natalia Dalton shows the photographs of her own injuries when she says Julio Lacayo beat her when they lived together.  The courts have no interest in Natalia Dalton being beaten by the child's father in years past
Post a Comment
Read more

February 03, 2022
You may have seen 15 W. Spring St., Alexandria VA on the Market FOR SALE The SALE is in REVENGE by TROUTMAN PEPPER HAMILTON SANDERS aka MAYS & VALENTINE For EXPOSING Their MANIPULATION and TAMPERING with or STEALING FROM TRUST ACCOUNTS that they MANIPULATED $30.000.00 in 1990 from Janice Wolk Grenadier to COVER-UP TROUTMAN PEPPER HAMILTON SANDERS aka MAYS & VALENTINE - claims to be the lawyer for Wells Fargo Bank -"OOPS" Wells Fargo Bank in taped conversations and when responding to subpoenas had no clue TROUTMAN PEPPER HAMILTON SANDERS aka MAYS & VALENTINE was or is their lawyer Read More: https://judicialpedia.com/listing/criminal-trust-theft-by-lawyer-jim-arthur-of-troutman-pepper-hamilton-sanders-aka-mays-valentine-cover-up-of-trust-theft-by-divorce-lawyer-ilona-ely-freedman-grenadier-heckman-of-sonia-grenadier/ The home was illegally foreclosed on in March of 2018 It was an illegal Foreclosure - Here are the documents to prove it: It has been stated
1 comment
Read more

March 12, 2021
The TARGETED VICTIMS of the City of Alexandria and Suffolk Circuit Courts  Janice Wolk Grenadier and Mary Jones have had  Chief Supreme Court Justice Donald Lemons  appoint Judge Thomas Padrick from VA Beach to "KILL" them Over $50 Million Stolen from them for the benefit of corrupt Judges & Lawyers, just between these 4 women please note there are thousands of us Including Rhetta Daniel a lawyer who Stood Up for Mary Jones, Janice Wolk Grenadier and others, she lost her BAR license for it All Parties Overlap with the Supreme Court of Virginia denying Due Process, and  other Judges & Lawyers The State of Virginia and many other states have issues with honest courts.  But, it is a real problem in a state that the Judges are chosen by the lawyers who practice in front of them. The Judicial Inquiry Review Committee "JIRC" in a 15+ year study shows what a joke it is.   That the Legislature the Courts of Justice expects their process to stay secret and the pu
Post a Comment
Read more

Commissioner Jon Norheim continues to be protected by Clark County leadership as evidence mounts of his estate trafficking for his cronies.

May 24, 2019
The criminal trial of attorney William Errico is to begin next month on June 17, 2019.  He is indicted on 34 counts of theft and exploitation for stealing over $150,000 from 67 year old client Deeann Clark’s medical malpractice award in 2007 and by using guardianship to steal over $800,000 of the personal injury award he had litigated for victim Wilfred Bosserman, 19 in 2009.  Mr. Errico effectively used Commissioner Jon Norheim to financially exploit a vulnerable adult, Wilfred Bosserman and his mother Angela Smalley.  Angela Smalley and LVMPD exposed Errico to Commissioner Norheim in early 2012 and Norheim took the opportunity to remove Wilfred’s mother as guardian of the estate and protect Mr. Errico while rewarding attorneys Lee Drizin and Michael Van until Norheim was removed from the adult guardianship bench in 2015.  The case languished for 7 years as Errico, through his attorney Bill Terry, avoided prosecution.  Errico was ultimately disbarred in late 2018. In a se
Post a Comment
Read more